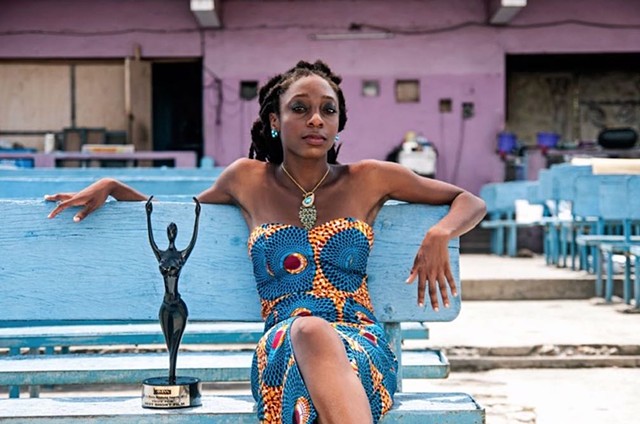 Akosua Adoma Owusu is a Ghanaian-American filmmaker, producer, and cinematographer. She currently lectures at Harvard University and at the Pratt Institute in Brooklyn. Aiming to create a third cinematic space or consciousness, Owusu explores the colliding identities of black immigrants in America through multiple forms, ranging from cinematic essays to experimental narratives to reconstructed Black popular media. In her works, feminism and African identities interact in African, white American and black American cultural spaces.

Her work can be found on the Criterion Channel and in the collections of the Whitney Museum of American Art, Centre Pompidou, Paris, and the Fowler Museum at UCLA, among others.

She holds a BA in Media Studies and Studio Art from the University of Virginia (2005) and an MFA in Fine Art as well as Film and Video from the California Institute of the Arts (2008).

Born in 1984 in Alexandria, US, Owusu currently lives and works in New York.