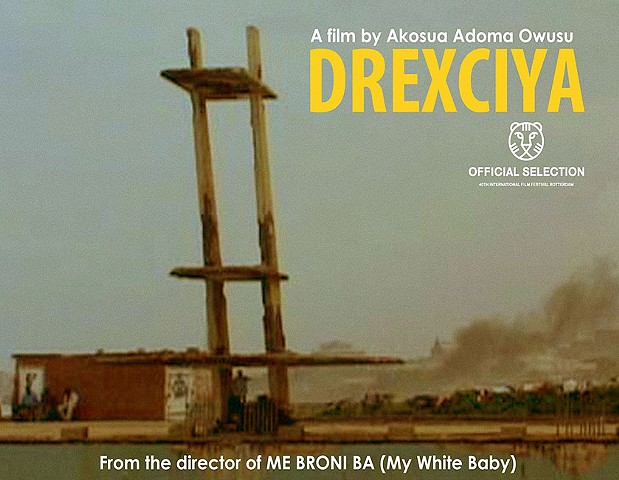 A portrait of an abandoned public swimming facility located in Accra, Ghana set on the Riviera. The Riviera at one time was an upscale development, consisting of luxury high-rises and five star hotels. Since the 1970s, the Riviera has fallen into a disheveled state.

This short documentary was inspired by afro-futurist myths propagated by the underground Detroit-based band Drexciya. They suggest that Drexciya is a mythical underwater subcontinent populated by the unborn children of African women thrown overboard during the Trans-Atlantic slave trade. These children have adapted and evolved to breathe underwater.